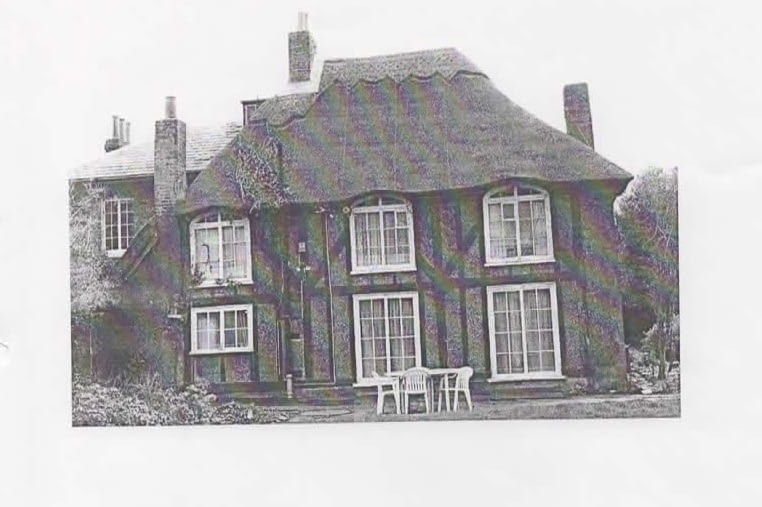 A Short History of “The Hermitage or Thatched House Sutton, now Heston

The house has been variously called and documented under both names . Curiously local people still use them interchangeably. It’s earliest record appears on Moses Glovers’s map of the ‘Manor or Isleworth-Syon’ in 1635. It is the oldest house in Heston and is listed by English Heritage principally because it is the sole surviving Medieval Hall House of the area.

Our earliest known owner is one Robert Beale, a Yeoman. By good fortune all leases and deeds have survived on vellum since 1765 and then will be a certain trust on the keeper to respect that in continuum.

The house and lands were the copyhold of Heston Manor which itself came under the ownership of the Osterley Park Estate and owned since the early 19th Century by the Earl of Jersey.

In the early 1800’s Lieutenant-General Charles Neville of the royal Artillery owned the “Hermitage”. He was first commissioned as a Lieutenant in 1779 and progressed to Captain in 1790, Major in 1803, Major General 1813, and Lt General in 1825. He actually died in the house in 1826 but curiously was not buried in the Norman Church, St Leonards as would have been expected. His wife continued her life there until 1849.

Gentlemen landowners and proffesional men (such as solicitors) took ownership until 1903 when it was sold by Rt.Hon Victor Albert Child Villiers, the 7th Earl of Jersey to a Charles Frederick Gill.

1910 saw it revert to the “Thatched House” and became the home of the revered and renowned Icelandic poet, Einar Bendediktssen. His biography by Gudjon Fredrikkson was published in Iceland in 1999. The research brought him to the property and several photographs of it appear in the book along with the story of his life there. The stables where he kept his Icelandic ponies remain in use.

In 1952 Mr. J. Michael Ostrowski, a Civil Engineer and former soldier responsible for some remarkable global structures (including the metal overpass at the Hogarth Roundabout) lived with his wife Jean and daughter Janina. Janina Imman represented her ward of ‘Heston East’ as a Councillor at the age of 24. She was pleased to entertain the Icelandic Ambassador following her father’s death in 2000.

I am indebted to the research of Andrea Cameron, former Borough Librarian and a respected authority on the history of Heston and it’s environs. Whilst every possible care was taken she cannot accept legal responsibilty for content.

“The Hermitage” or “Thatched House”

The Hermitage as described by English Heritage

The “Hermitage” is a detached, thatched roof house listed as a grade 11 building in 1995:

Interior: Early range, clasped purlin roof with collars and wind braces, with smoke blackened rafters over hall. At first floor level, timber framed partition wall continues through the roof space up to a ridge to seperate chamber from open hall at west end. Also at first floor level, west end, a row of empty mortices in the exposed soffit of the girding beam, which shows that the external walls were originally close studded; and a socket for diamond-mullion, which marks the position of an early window opening. The house is listed principaly for the special interest of the medieval hall house.

Below are pictures of The Hermitage since the fire

Previous
Next
Scroll to Top